I like many have been following the recent discussions in the rails community about the p0rn presentation. This is not about that, except peripherally.

This is a mea culpa. Some may dismiss it as a luxurious middle class angst and maybe it is. But it is how I feel and reflects the learnings and thoughts of quite some time.

When do we learn to discriminate?

A friend of mine told me something the other day. He was playing an old video game with a friend's child. At the start of the game you get to choose which character you play. There are two player avatars, one white, one black. The black character is wearing a hat. His friend's (white) child would always choose to play as 'the one with the hat'.

In a similar vein I had a shock once after being in India for a long time, and traveling back to the UK. On the train on the way back to London I felt wierd and uncomfortable, and I realized that it was because everyone else on the train was white. I had become so used to living in India that my concept of what was 'normal' had shifted so that white people looked 'different than me'.

In one of my first jobs we had a female lead DBA (let's call her Alice). She was incredibly good at her job. We had a contractor (lets call him Charlie). Charlie was a man in his 50s who was contracted to come and do a review and audit of some of the data. There had been problems with the data in previous years that meant that external review was important.

Another colleague of mine pointed out something that has remained with me ever since. He pointed out that Charlie never talked to Alice. He would never ask her for help, or address questions to her, or even acknowledge her in meetings. The next time I was in a meeting with them both I watched, and it was perfectly true. He would address questions to some of the other DBAs, and if he spoke it would be to someone else.

Two things struck me abut this. One was the obvious misogyny and disrespect that Charlie showed towards someone who I knew to be incredibly competent - in fact far more competent that he. The other - and in many ways more frightening realization - was that I had never noticed this. That I had been in meetings before where this behavior had happened and that I had never seen it. I started to question my own assumptions and behaviors and have tried to do so ever since.

Recently I've come to realise that I am a lot more like Charlie than I like to admit. I have worked in India and China for a long time now, and when I see the sort of discrimination against Indians or Chinese people and towards foreigners I have always hated it, and done what I could do divert or deflate it. But while it is sometimes easy to see in others it can be hard to see in yourself.

I am a tall, experienced, confident, financially secure white man. I have all the advantages in our world. My only minority status is as a gay man - ironically out middle class gay men are one of the richest niche demographics in the western world. While I can empathize and recoil in horror at the treatment of GLBT people in Africa, India, China and parts of our western world I have been lucky enough to live in places where that kind of discrimination is not common. Debates about same-sex marriage notwithstanding, I have never suffered negative discrimination on that account, even being 'out' in India and China where the majority of society still treats gay locals as outcast.

As that experienced, tall, confident rich white foreigner I get a lot of deference and respect. It is far too easy to internalize that deference - to come to believe that all of it is deserved - to take it all for granted. As that happens more times you start to think you are always right. No matter how many times I have been humbled by the skills and knowledge of my junior colleagues. And no matter how hard I try it is easy end up thinking as yourself as 'better'.

I like all of us have seen cases where a good suggestion or idea from a junior in a team is ignored, while the very same suggestion from a person in power is enthusiastically taken up. Often times this happens in the same meeting, and the person who does it seems completely unaware of what just happened. Earlier in my career I saw it happen to others, and sometimes myself. These days I wonder how often I do it myself.

I don't know if I, or any of us who are in these unconsciously powerful social roles can ever move beyond conscious incompetence at recognizing when this is happening. I try to set up an environment where people can learn and people can own their own innovations. I try to give others the chance to propose solutions *before* I give my ideas. I try (and often fail) not to drive too much while pairing.

We miss things like this all the time. We become desensitized to our surroundings and we don't see the things that stare others in the face. Go into a shop that sells hose (I was buying it for a stage costume - honest) or cosmetics and see what the 'normal' color range looks like. Walk through an American city as a vegetarian and look at all the pictures of dead bleeding meat on billboards. Walk as a gay man and notice all the heterosexuality on billboards. Walk as a woman and notice the number of semi-naked women sharing a space in an ad with a fully dressed man. 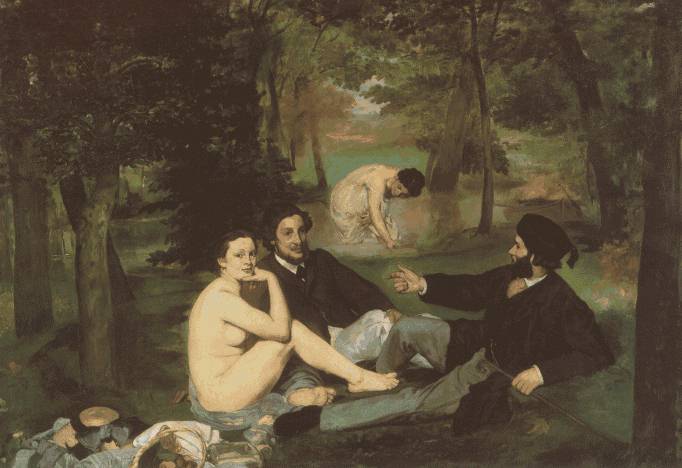 This is why it is so important that I listen to a colleague when they tell me that something makes them feel uncomfortable. Because I have been be blind to it in the past and I will be in the future. To question their experience is to prolong my own ignorance and increase the offense.

I will never reach the end of this path. The best I can hope for is that by keeping constant guard I may be able to realize and notice these things, and try to address them in myself. When I fail (and I fail often) it is not just others who suffer, but my relationships with others, and I myself diminish.